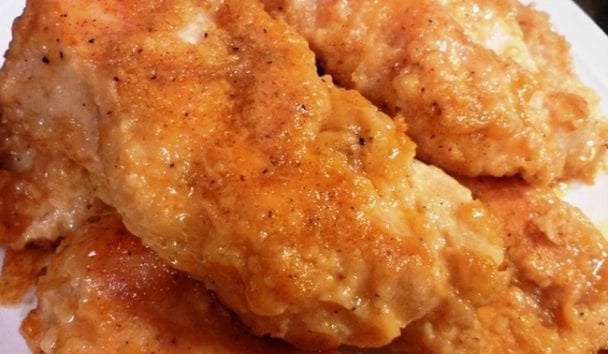 For years, I’ve been a major fan of fried chicken. I just love the stuff! I’ve made it many times at home in my own kitchen using a cast iron skillet and Crisco.

However, this method is dangerous because I also burn myself with crackling grease and it’s not the healthiest way to make poultry. So, I thought I’d browse the internet a bit to see if I could scratch up an alternative. Guess what? I found one!

Now, I’m not saying this chicken recipe will take the place of your beloved cast iron skillet friend chicken, and yes, I’m speaking directly to you southerners, but it is pretty stinkin’ close. You would think that the chicken would come out of the oven all floppy and what not but the skin is as crisp as if you through it into a vat of deep fryer grease.

I think I’ll definitely be making my chicken like this more often. Will you being giving chicken recipe a try?