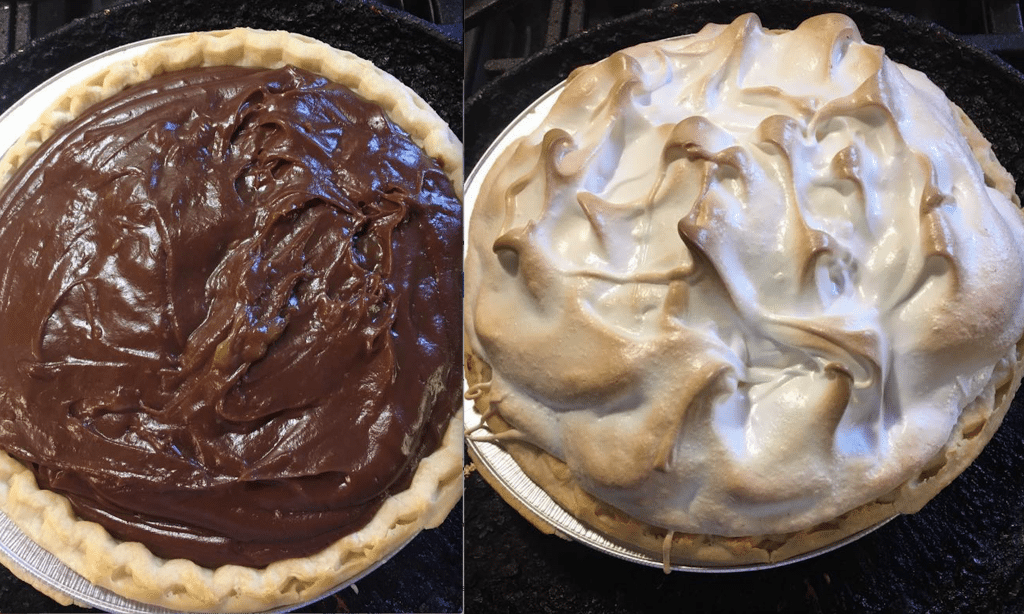 I made three different desserts for Easter dinner this year, but this chocolate cream pie was the first to go.  Everybody wanted a slice of this simple to make, deeply chocolatey pie!

When it comes to pies, my husband is a big fan of cream pies like banana cream (his favorite).  So it’s no surprise that he was leading the charge for this chocolate cream pie, which is essentially a chocolate pudding inside an Oreo crust.  But that description doesn’t do justice to the beauty of this pie and might make it seem like you ought to just use a pudding mix for the filling and a pre-made crust.

There are a couple of reasons why I think a chocolate cream pie is so much better from scratch:

During the summer, this is a great no-bake chocolate cream pie if you don’t bother to bake the crust for 8-10 minutes in the oven.  I like my crust a little crunchy, but that step is totally optional.

Also, can I just clear something up here?  Not all chocolate pies are the same, even though the names get bandied about willy-nilly all the time.  There is French Silk Pie, Chocolate Satin Pie, and Chocolate Cream Pie and each is just a little different.

Chocolate cream pie, on the other hand, is made with a cooked custard filling that is thickened with cornstarch (at least in my recipe). While similar, the differences in the method and ingredients result in a different taste and texture between the two varieties of pie.