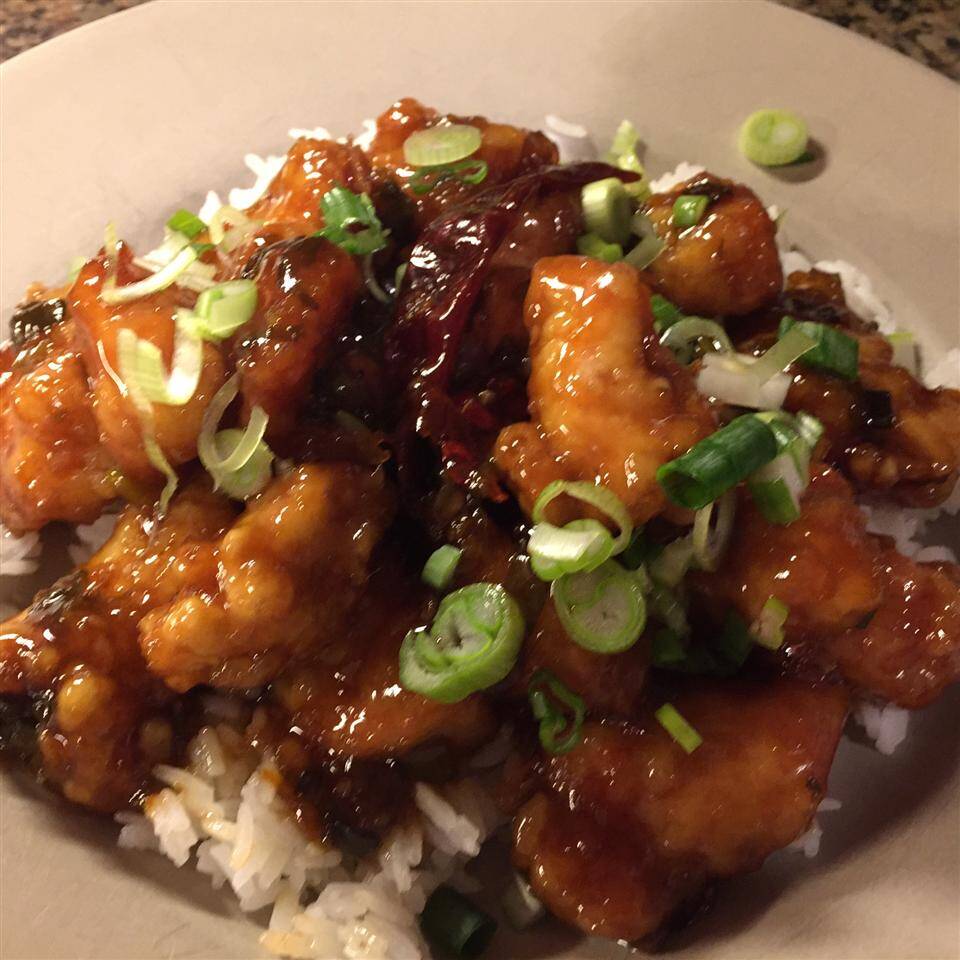 Beat the egg in a mixing bowl. Add the chicken cubes; sprinkle with salt, a tsp of sugar, and white pepper; mix well. Mix in a cup of cornstarch a little bit at a time until the chicken cubes are well coated.

Carefully add and drop chicken cubes into the hot oil in lots, one by one. Cook for 3 minutes until they turn golden brown and start floating. Remove the chicken and allow it to cool as you fry the next batch. Refry the chicken once all of the chicken has been fried, starting with the batch that was cooked first. Cook it until the chicken turns deep golden brown for 2 minutes more, and then drain on a paper towel-lined plate.

In a wok or large skillet, add and heat 2 tbsp of vegetable oil over high heat. Add and stir in the green onion, garlic, whole chiles, and orange zest. Cook and stir a minute or two until the garlic has turned golden, and the chiles brighten. Add 1/2 cup sugar, the ginger, chicken broth, vinegar, soy sauce, sesame oil, and peanut oil, and then let it boil and cook for 3 minutes.