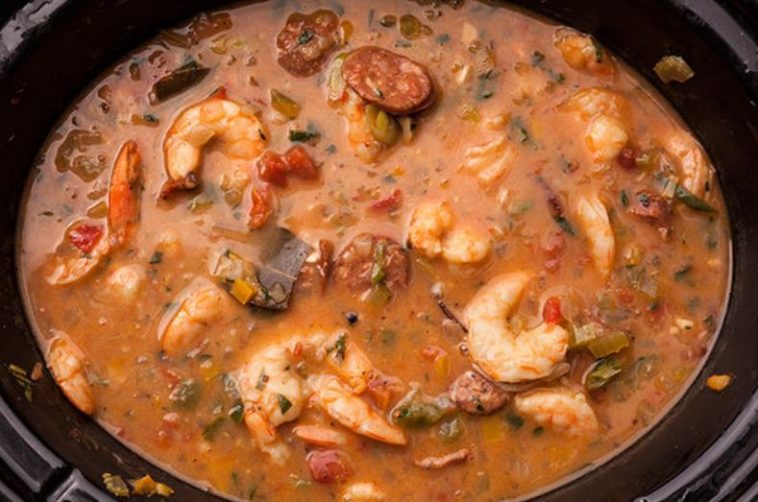 In this easy recipe adapted from Southern Living magazine, your slow cooker does most of the hard work. All you have to do is brown some all-purpose flour in the oven, whisk it into a smooth roux with chicken broth, quickly brown the andouille sausage, and combine everything but the shrimp in your slow cooker’s crock for a five-hour simmer. To stay moist, the shrimp is added 30 minutes before the gumbo is done.