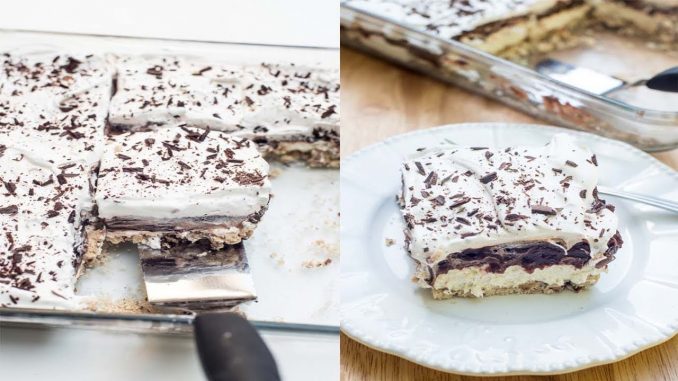 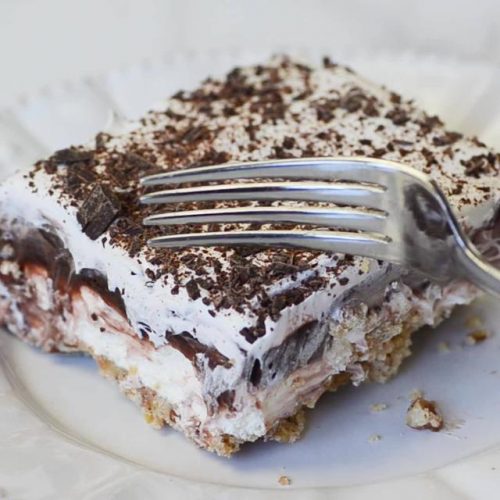 I had never in my life heard of Robert Redford dessert until I stumbled upon this recipe.

Wow! Where have I been hiding? Apparently, this chilled dessert is one of the best of its kind. I actually just made this yummy stuff this morning and it is in the refrigerator chilling right now as I type this. I’ll admit, I taste tested a little bit before I was supposed to because, you know, it’s supposed to chill and all.

Well, whatever, it was ding dang delicious! I cannot believe I have never made this stuff before. If you use instant Jello chocolate pudding, which I did, this recipe is super easy to make and doesn’t take much prep work at all. I am definitely going to be making this dessert again in the near future!

Quick Tip: Make note that if you are making pudding from scratch, that step can, and should, be done ahead of time – even up to 2 days ahead – so the pudding has time to cool completely. If homemade pudding isn’t your thing, you can substitute 2 small packages of instant pudding mixed with 4 cups of milk.