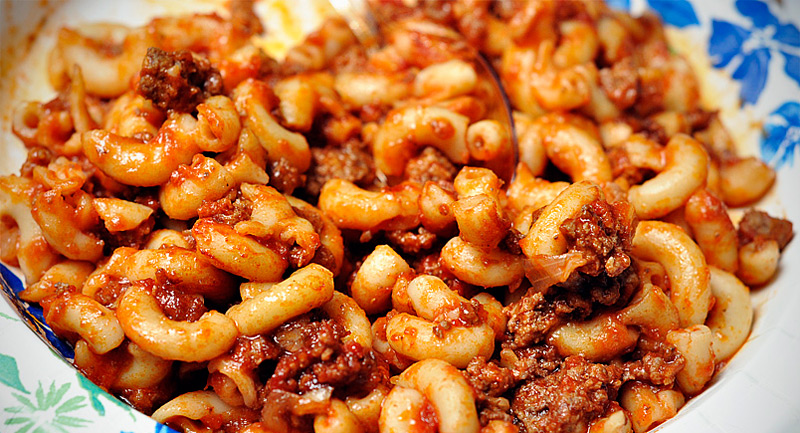 I never learned to make goulash – I just knew it had noodles, ground beef, and tomatoey stuff going on in it, according to my Mom’s memories of what her mother made. But she never made it so I just came up with my own way of making it which was sort of like the same way I made spaghetti with meat sauce, but just with macaroni noodles instead.

I finally had real (real as in the Americanized real, not the Hungarian real) goulash at my in-law’s house.  I’d been wanting to get my MIL’s recipe for a long time, because although Dennis never says “this isn’t like Mom used to make,” I’ve always wanted to cook his favorite meals that he grew up eating and goulash topped that list.

His Mom’s goulash is really, really good!  After enjoying it on Easter, I asked her exactly what she put in it so I could recreate it at home.  I’ve never turned out better goulash and Den’s favorite is now one of my absolute favorites as well. We could eat this almost every week!