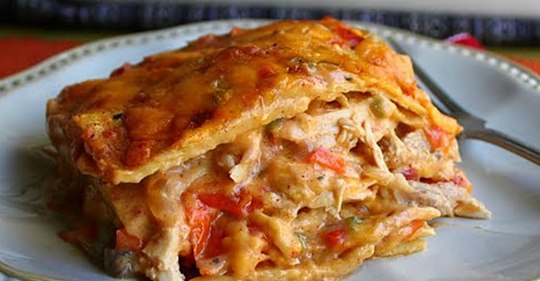 Heat oil in a large skillet over high heat. Saute onion, red bell pepper, and green bell pepper in hot oil until warmed through, about 2 minutes.

Bake casserole in the preheated oven until bubbling, about 40 minutes. Increase the oven temperature to broil. Broil the casserole until top is golden, 2 to 3 minutes more.