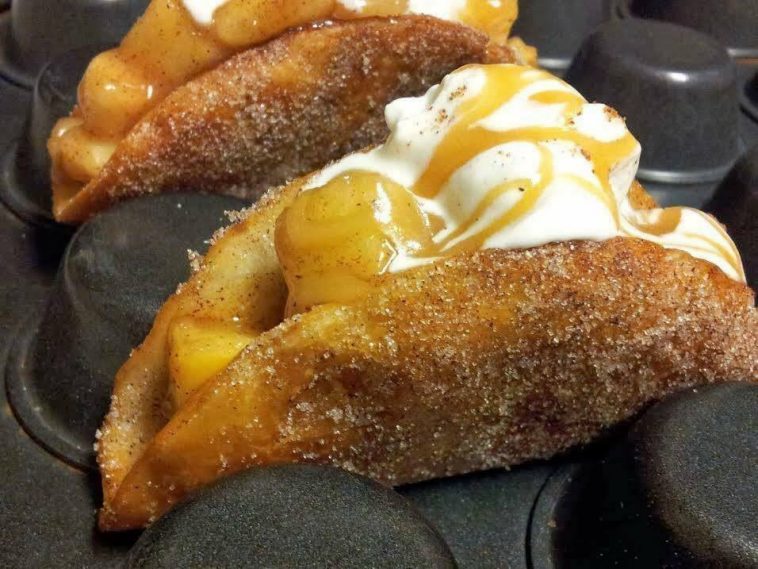 The shells of these tacos are made from tortillas cut with a round cookie cutter and fried crisp and dusted with cinnamon sugar. They only take about 20 seconds each to make and can be made days ahead of time.

Whipped creamPlace apples, sugar, cinnamon, nutmeg, and water in a sauce pan.
Stir until well blended and cover and cook on medium stirring frequently
For 10 minutes or until apples are semi soft. If needed, thicken sauce using
1 Tbl of cornstarch to 3-4 Tbl of water. Mix into sauce and stir until thickened.Heat oil on medium heat in a skillet and holding the tortilla folded in half, place the bottom on tortilla in the oil for a few seconds. Then lay it on one side until browned and then place other side down until browned. Remove from oil and Sprinkle browned tortilla with sugar-cinnamon mixture.
Fill taco shells with apple pie filling and top with whipped cream, and sprinkle a little more of sugar-cinnamon mixture on top