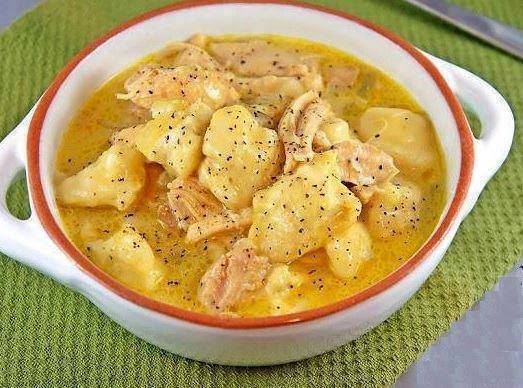 Every other Friday night, me and my sibilings would go to our grandparent’s house for dinner. That was the night that my parents went out and had their own dinner. It was their date night. They were lucky enough to have parents that were willing to watch their three children so that they could sneak a few hours a way a couple times a month without having to pay for a babysitter. We loved going there of course, because they spoiled us rotten. A lot of times they would order pizza, and that was a real treat.

Grandma’s cooking was a real treat too as far as I was concerned. She made the best old fashioned dishes that I could just eat and eat until I felt like I was going to explode. One of my favorites was a chicken and dumplings similar to this recipe from Spend With Pennies.

Now that I have the recipe, I make it for my family all the time. I think that she used homemade biscuits and I cheat a little bit with the store-bought, but it still tastes just as delicious!