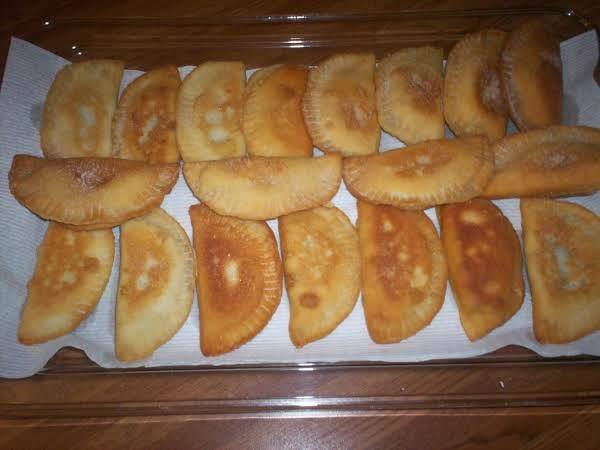 Everybody loves them! And they are simple to make.

*The trick is making sure you get a good seal at the edge and don’t poke holes in them as you move them around. Don’t fry them too fast or the inside won’t get done.

These fried apple pies are a McDonald’s copycat recipe that feature a homemade apple pie filling encased in pastry and deep fried to flaky perfection. The pies are finished off with a dusting of cinnamon sugar for a unique and delicious dessert option.

I grew up eating fried apple pie at McDonald’s, and I have to say, this homemade version is WAY better than the restaurant recipe! The addition of cinnamon sugar really takes these pies over the top.