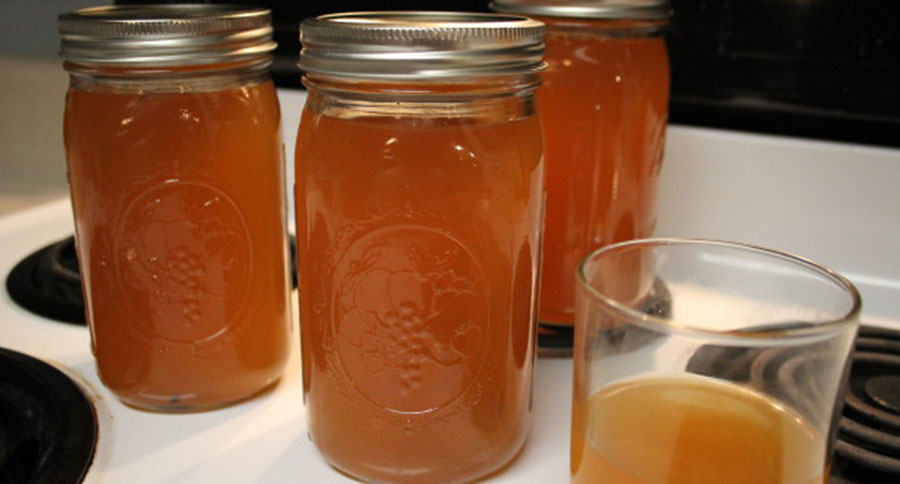 Get ready to ‘shine on around a campfire with this apple pie moonshine recipe.

Here is a recipe you are going to want to share with your friends and hope they make some of their own. Maybe then they will stop asking you for a jar every season.

Before we get into this recipe, I feel I need to set the record straight. This is not actual moonshine made famous by the cooks of white lightning, tub thumper, corn squeezin’, or whatever you want to call the real thing.

What it is though, is a high proof mix of autumn time deliciousness. This apple pie moonshine alternative is sure to please anyone of legal age to enjoy a taste. Be careful though, this recipe makes a very smooth drink that tastes just a like liquid apple pie. You have been warned.

This recipe comes together very quickly. Simply combine the cinnamon sticks, apple cider, and apple juice in the large stock pot. Bring it all to a mild simmer and add in the sugars.

Continue to stir slowly for about five to ten minutes until all the sugar is dissolved. At that point, turn the heat off and allow the apple cider mixture to cool down to room temperature.

Once the mixture is at room temperature, stir in the 1/5 of Everclear and one to two cups of rum.

At that point, you are ready to jar the apple pie moonshine in the mason jars. Don’t be afraid to put a cinnamon stick in the jars either.

As the apple pie moonshine ages, the cinnamon and sugar blends out the alcohol taste to an almost undetectable level. Again…YOU HAVE BEEN WARNED!