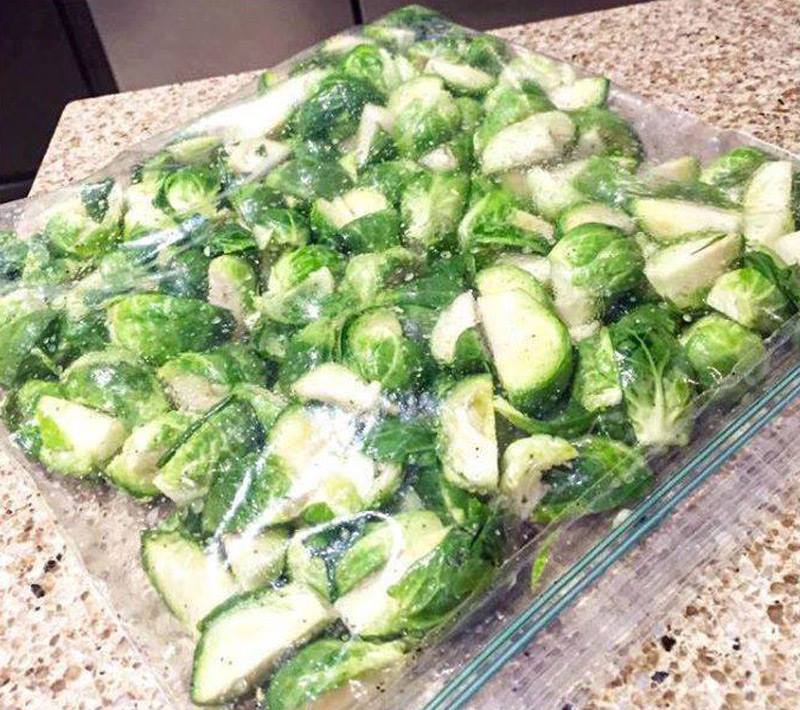 Reviews about the recipe

“I have never been a fan of Brussels sprouts. I find them a bit distasteful, with a strong flavor that is definitely not to my liking. But along with that, I have noticed that they are fairly healthy. So in the few times I attempted to lose weight, I tried eating these grilled but UGH, they were just yucky and not my thing. Maybe I was preparing them wrong? I do not know, but I do know I never wanted to see them ever again. Until I ran into this recipe that is.”

“I’ve been a member here for years and have never left a review, but this simple recipe has changed that right now. I’ve roasted cauliflower before —have been experimenting with roasting veggies lately, but let me tell you this was better than any roasted vegetable I’ve ever had. It’s so simple too it’s ridiculous! I bought a bag of fresh Brussels sprouts. I took off the ends —small leaves come off when you take off the ends. ~Word of advice do NOT omit those small leaves . . . they turn into deliciousness in your mouth.

I cut only the big Brussels sprouts in half, but next time —-I will cut them all in half. I tossed them and the fallen leaves into a bowl with liberal oil, liberal sea salt and fresh cracked pepper and placed the halves face down on my cookie sheet. As it’s cooking the small leaves will turn dark and roast first —don’t be alarmed . . . those will be wonderful. I took them out of the oven when they were done and tasted a small leaf first. That’s why I’m writing this. The concept of roasting is so simple, it’s not really a recipe, but the taste that this vegetable yields . . . it’s at the top of the list of any vegetable I’ve ever had. We’re carb-free/low carb so I served this with a shoulder roast —-one of the best meals hands down since I can remember. Hope this review has helped someone out there decide to try it. Remember —half all of them face down and toss in those fallen leaves . . . you won’t regret it.”